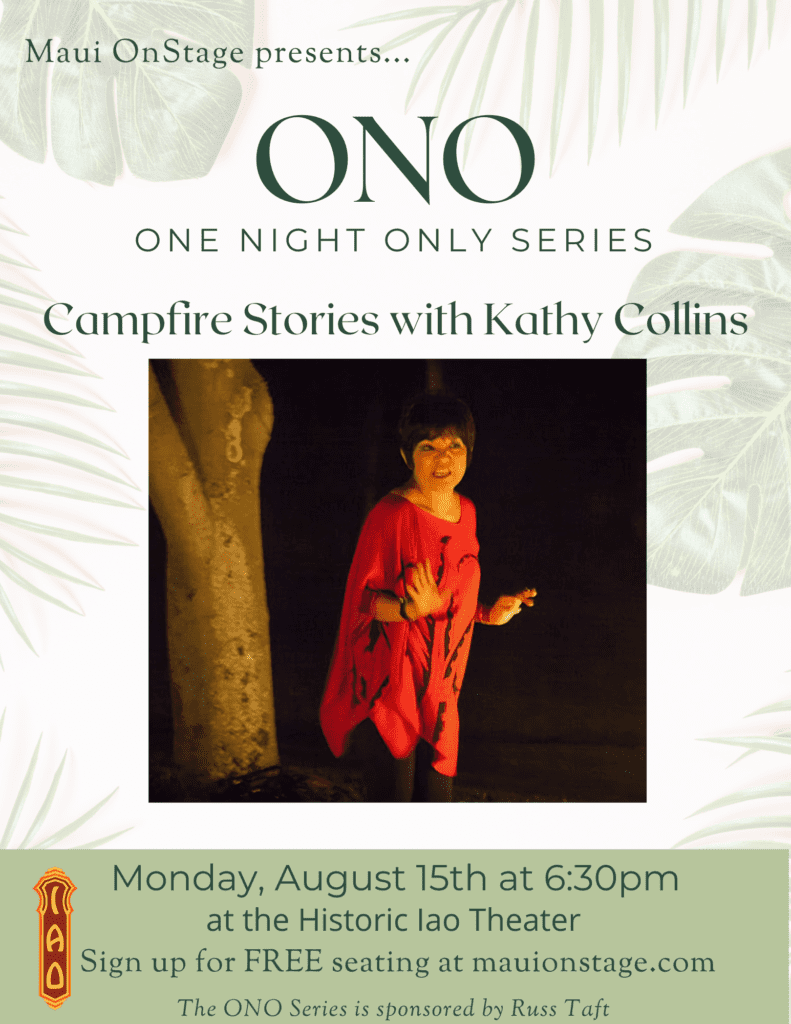 Maui OnStage is happy to announce the return of our One Night Only series or ONO’s!

*The ONO series has been graciously sponsored by Russ Taft.

History of the ONO’s:
Originally the Ono’s which stands for One Night Only was called Bare Essential Theater or B.E.T..  It was a bare stage, talented actors and classic or little known scripts. Created to give actors more chances to perform and  audiences a chance to see works that may not make it to full production. Our first reading was Cat On A Hot Tin Roof, after that we did Cyrano, To Kill A Mocking Bird, My Three Angels, and many more.  As the program evolved it was opened up to the community to provide a space to produce their visions, or to test new works such as The Worthmores, or new groups like Free Range Comedy and the burlesque group Cabaret and Cocktails.  This became the One Night Only series.  As we re-open the Ono series look forward to producing more diverse works, as well as showcasing new works by local writers and visionaries, as well as a place for new actors and seasoned pros to play and stretch and grow. We hope you’ll join us.

End the summer around the campfire with Maui’s favorite story teller, Kathy Collins. From the funny to the spooky Kathy has a million stories that she tells with spellbinding skill.

*Check-In:  Please check in at the table in the lobby with your LAST NAME.

*Da Artsy Bee:  Da Artsy Bee shuttle bus service is being made available by the County of Maui for the August ONO!  Please see the Maui OnStage homepage for more shuttle bus info and pick up times.

As of June 1st, Maui OnStage’s ONO events will no longer have social distance seating. Please be mindful of this when choosing your seats. MAHALO!
*To help us avoid having too many disappointing No-Show’s and difficulty seating last minute Walk-Up’s, please be fairly sure you can attend the ONO before signing up for seating. If you are unable to attend, please contact our Box Office as soon as possible, so we can return your seats to inventory. MAHALO!

The ONO series has been and always will be FREE to the public.
It is Maui OnStage’s mission “to enhance the lifestyle of our community by providing diverse performing arts experiences which are affordable and accessible”.

Pick your seats for the August 15th ONO!

Health and Safety Protocols for ONO:

*Maui OnStage’s health and safety protocols have been set in place to comply with current County, State and Federal guidelines with the express intention to provide a safe workplace and performance venue for our staff, performers, volunteers and patrons.  Any and all protocols are subject to change without notice.

*By entering the Historic Iao Theater, the Education and Youth Program studio space or by participating in a Maui OnStage or Maui OnStage Education and Youth Program event, all individuals, including staff, contractors, performers, auditionees, volunteers and patrons voluntarily assume all risks related to possible exposure to COVID-19 and other viruses or illnesses and agree to follow all listed protocols.

MAHALO for your support in keeping Maui OnStage compliant with all the County COVID protocols these past 2.5 years.  It is with your help and understanding we are able to keep community theater alive during these extraordinary times.

For more information on how YOUR organization can be a part of the ONO series, please contact: 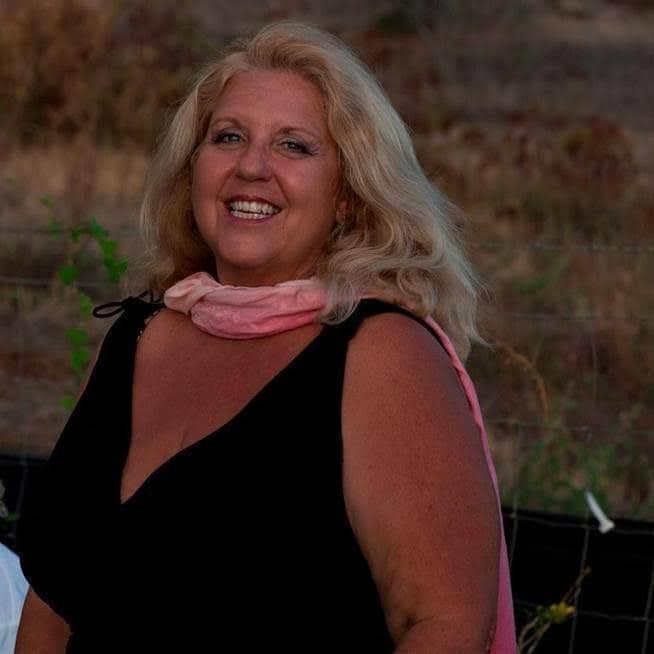 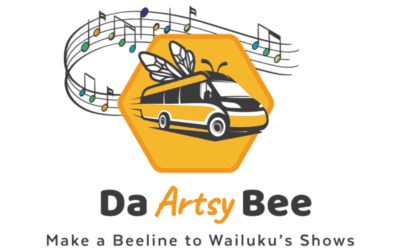 A huge MAHALO to Erin Wade and the County of Maui for providing Da Artsy Bee shuttle for Maui OnStage's August ONO and... 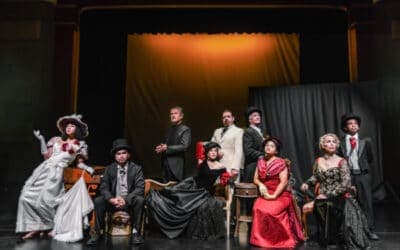 The Importance of Being Earnest

Written by Oscar Wilde Directed by Todd Van Amburgh   The Importance of Being Earnest is playwright Oscar... 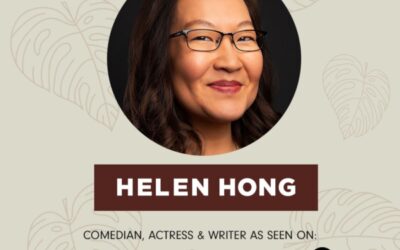 Back by popular demand!   Maui Comedy Series and the Historic Iao Theatre are proud to present:   Helen Hong...