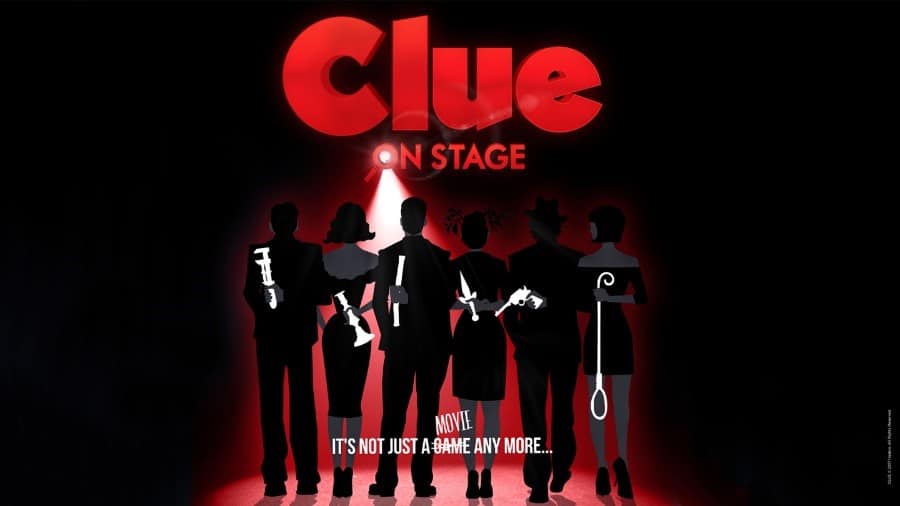 Audition Information for the Hawai’i premiere of CLUE On Stage

Based on the screenplay by Jonathan Lynn

*We will still have individual, socially-distanced auditions this weekend 8/28 and 8/29, but our rehearsal process will not begin until September 21st at the earliest, with fully masked rehearsals for the first 2 weeks. If you would prefer to audition via video submission, please see Video Submission info below.

Maui OnStage and ProArts Playhouse are committed to providing a work environment that is free of sexual harassment. MOS/PAP believes in and works to sustain an anti-racist environment. MOS/PAP does not tolerate any unlawful harassment based on race, color, gender expression, religion, national origin, ancestry, age, medical condition, marital status, sexual orientation, disabilities, or veteran status.

COVID-19: Please be aware that this production will involve close contact between cast members and moderately strenuous physical exertion. As such performers and production crew members will need to be exempted from the 6-foot distance requirement by showing proof of full vaccination or a negative COVID-19 test result received within 48 hours of every rehearsal and performance.

ALL ROLES ARE OPEN and will receive remuneration. The director is seeking actors ages 18 and up. Seeking actors of all ethnicities and gender identities. All character ages are stage ages and are flexible. This is a very physical, slapstick farce with adult humor and mild comedic violence.

CONFLICTS: Please check and make sure you are available for all rehearsals and performances. You may have a few conflicts between the dates of September 13th – October 16th to be considered but it is always better to have no conflicts at all. Thank you for understanding!

AUDITIONS: at ProArts Playhouse 1280 S Kihei Rd, Kihei, HI 96753 on the Makai side of Azeka Plaza

Please prepare 2 contrasting monologues, 1 comedic and 1 dramatic, each up to 2 minutes in length. Bring a picture and resume, if you have one. Plan on arriving 10 minutes early to check in. Please book your 10 minute audition time slot HERE.

VIDEO SUBMISSION:  If you are not available to attend auditions in person, we will be accepting video submissions. Please submit 2 contrasting monologues, 1 comedic and 1 dramatic, each up to 2 minutes in length. And a resume, if you have one.

The deadline to submit videos is   Tuesday, August 31st.

Based on the iconic 1985 Paramount Pictures film which was inspired by the classic Hasbro board game, Clue is a hilarious farce-meets-murder mystery. The tale begins at a remote mansion, where six mysterious guests assemble for an unusual dinner party where murder and blackmail are on the menu. When their host turns up dead, they all become suspects. Led by Wadsworth the butler, Miss Scarlet, Professor Plum, Mrs. White, Mr. Green, Mrs. Peacock and Colonel Mustard race to find the killer as the body count stacks up. Clue is the comedy whodunit that will leave both fans and newcomers in stitches as they try to figure out…WHO did it, WHERE, and with WHAT!

A traditional British butler in every sense; uptight, formal and “by the book”. He is the driving force in the play.

(Must be able to do a Standard British accent or RP and a Standard American accent.)

The wealthy wife of a senator. A bit batty, neurotic, and quick to hysteria.

A morbid, and tragic woman. Mrs. White may or may not be the murderer of her five ex-husbands.

A puffy, pompous, dense, blowhard of a military man.

An arrogant academic, easily impressed by himself.

SUPPORTING CHARACTERS: The following roles vary in size and will NOT be called to every rehearsal.

A loyal and sexy French maid with her own secret aspirations. Must be comfortable wearing a skimpy French maid outfit on stage.

THE MOTORIST: a benign gentleman who rings the wrong doorbell. (Alive and Dead.)

CHIEF OF POLICE: a cop who helps to save the day.

THE “BROKEN DOWN CAR” COP: a regular Joe. (Alive and Dead.)

BACKUP COP: backup for the chief.

AUXILIARY MUSTARD: the back of Colonel Mustard during a scene of theatrical trickery.

THE COOK: a gruff woman with a sinister presence. (Alive and Dead.)

SINGING TELEGRAM GIRL: a tap dancer with a heart of gold. (Alive and Dead.)

AUXILIARY SCARLET: the back of Miss Scarlet during a scene of theatrical trickery.

It's been an unusual year for the "old girl".  Much quieter than she normally likes, but she's hanging in there and... 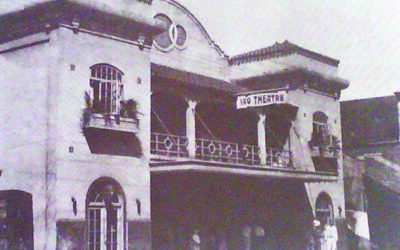 On Wednesday, August 22,1928, the Iao Theater opened its doors to Maui audiences for the first time. In its day, the...